Edouard Duval-Carrié was born in Port-au- Prince, Haiti in 1954. When still a boy, he ed the regime of “Papa Doc” Duvalier to Puerto Rico, later studying art in Paris and Montreal before settling in Miami. He is a celebrated painter, sculptor, and installation artist who has been awarded the prestigious insignia of Chevalier of the Order of Arts and Letters by the French Ministry of Culture and whose work has been exhibited internationally across the Americas, Europe, and Africa. In all its forms, his art addresses the complex history, politics, and culture of Haiti as well as the themes of diaspora and immigration.

Duval-Carrié is renowned for his use of trans- lucent and re ective mediums, such as glit- ter, glass, and resin, which he employs to create conceptual and material layering—a depth both physical and thematic. He creates worlds unto themselves, holistic ecologies of seascapes and landscapes that, through color and form, express dream-like sites of bodily and cultural memory. These sites of memory consider how Francophone and African cultures have become reimagined in Caribbean islands through colonialism, revolutionary wars, and struggles for freedom and agency. Yet his work is not simply a return to the past, but rather a recon guration of cultural, politi- cal, and visual memories for the present.

In recent years, Duval-Carrié’s works have shift- ed from painted compositions to assemblages of varied texture and dimension, encased in viscous resin panels. These latest works walk a ne line between order and excess, with poignant historical images swimming among a sea of glitter, trinkets, cutout shapes, and plastic gurines of sh and insects. The latest and most prominent example of these works is Duval-Carrié’s Memory Window series, in which each work encases images and objects within nine individual resin panels that have been composed to appear like a gleaming jewel. Each Memory Window glistens in regal tones of blues and purples, illuminated by a light source that emanates from behind the panels, lending an ethereal glow to the work. Duval-Carrié entices viewers with this beauti- ful display, and then, once captivated, reveals the true subject of the work: the challenging, even violent, histories and heritage of the Ca- ribbean and Southeastern US. By bringing these images to light (literally, through illumi- nation), Duval-Carrié transforms overlooked histories into extraordinary sights.
Geographically, Duval-Carrié’s migrations may have led him away from his native Hai- ti, but he never lost interest in the land of his birth. As a child in Puerto Rico, Duval-Carrié rst encountered the powerful history of Haiti through the magical realist novel The Kingdom of This World (1949) by Cuban writer Alejo Carpentier. Ever since, the novel’s vivid imag- ery and hyper- ctionalized presentation of his- torical events has resonated with Duval-Car- rié’s artistic imagination.

These narrative memories play themselves out in Duval-Carrié’s recent series The Kingdom of This World, in which the artist has brought the novel’s rich, colorful, and at times intense scenes into visual being. Etched onto plates of Plexiglas encased in elaborate frames, which are painted the color of the Caribbean sea with French decoration along the border, these vignettes portray imagined moments of the volatile and pivotal years of the Haitian Revolution, when the emergent black nation sought to liberate itself from French colonial rule. Though his visual portrayals of the novel began with etchings, Duval-Carrié has since created multiple paintings of these scenes, giving them yet another life in color and com- position and raising complex questions about where one image—and one memory—begins and ends.
Lesley A. Wol
Guest Curator 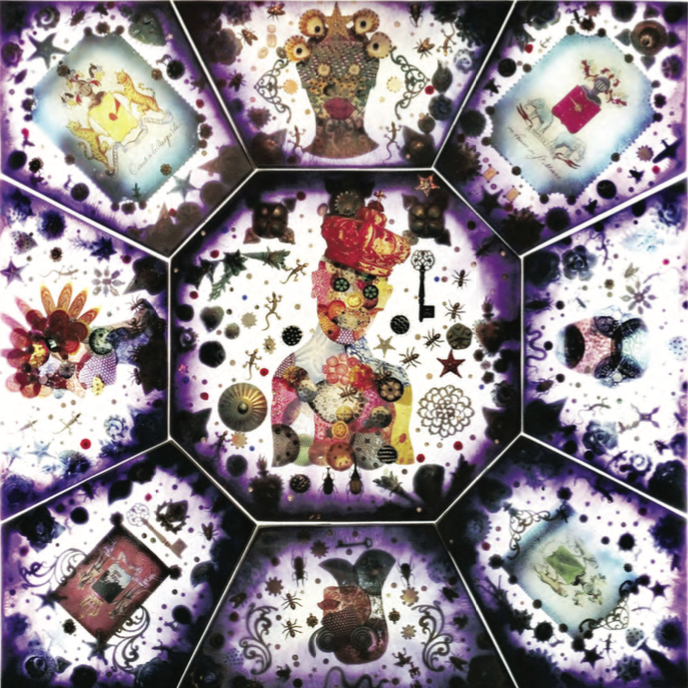