Lyle O. Reitzel Gallery is honored by the invitation to participate with a solo show by laureate Haitian Master Edouard Duval-Carriè in the newest installment of Frieze N.Y., one of the most prestigious contemporary art fairs in the world, this May 2019. The exhibition displayed in the section Diálogos is curated by Patrick Charpenel in celebration of the 50th anniversary of El Museo Del Barrio.

Edouard Duval-Carrié is a contemporary artist and curator based in Miami, Florida. Born and raised in Haiti, at heart, Duval-Carrié is an educator: he challenges the viewer to make meaning of dense iconography derived from Caribbean history, politics, and religion. His mixed media works and installations present migrations and transformations, often human and spiritual. Duval Carrié fled the regime of “Papa Doc” Duvalier as a teenager and subsequently resided in locals as diverse as Puerto Rico, New York, Montreal, Paris, and Miami. Parallels thus emerge between the artist’s cosmopolitan lifestyle and his artistic sensitivity toward the multifaceted identities that form his native Haiti. His works have been exhibited in major museums, art institutions, and galleries in Africa, Europe, and the Americas.

In the last year, Duval-Carrié celebrated various milestones. Among many was the completion of his largest piece to date: The Saga Of the Baobab, a corten steel structure standing 40 ft tall and weighing more than twenty tons, graces the central atrium of the Musée des Civilisations Noires in Dakar, Senegal, whose government bestowed the artist with The Ordre National du Lion Chevalier. On the same year, he was awarded the first Ellie’s Michaels Richard Award by Art Center South Florida acknowledging the artist’s originality and creativity throughout the decades. After residing in Miami for over thirty years, EDC was chosen to receive this recognition alongside an important commission to The Bass Museum in Miami Beach.

For this curated section, the artist has created a self-portrait as a self-styled tree drawing from elements of his life. This waterjet-cut lit aluminum piece renders its roots floating and anchor-less. A series of drypoint on plexiglass attest to the artist pursuit of new techniques, as his portraits of challenged Soucouyants and Kings are constructed of bacterias and other microscopic entities.

The selection of new pieces to be exhibited in Diálogos portray Duval-Carrié’s exploration of themes such as silenced slavery and Haitian mythology. Characterized by their pristine aesthetics and meaningful storyline, their materiality and selective color palette captures the eye and highlight the message, while his hand etching and delicate placement of shapes and symbols create an ageless and abstract experience. Duval-Carrié’s work is and will remain to be admired and talked about through generations as well as diverse political climates.

LOR Gallery is the result of 24 years of hard work, successfully becoming a catalyst to the contemporary art scene in the Dominican Republic. By vicariously working with a selection of Dominican, Caribbean and Latin American artists they have placed the Dominican Republic in the artistic map. With the use of basic tools such as intuition, a critical eye and a particular taste that transcends fashion and tendencies, LOR Gallery discovers new talents while supporting the established ones in a multicultural atmosphere. Because of this, they have elevated artists, placing their pieces in private and institutions international collections.

Through 2006-2010 LOR Gallery established its presence in the international market opening a new space in Wynwood Art District. In June 2016 its branch in New York inaugurated with José García Cordero’s solo show titled “Tales From the Caribbean Nights”.

Frieze will take place through May 1-5, 2019 at Randall’s Island Park.

My Life as a Tree 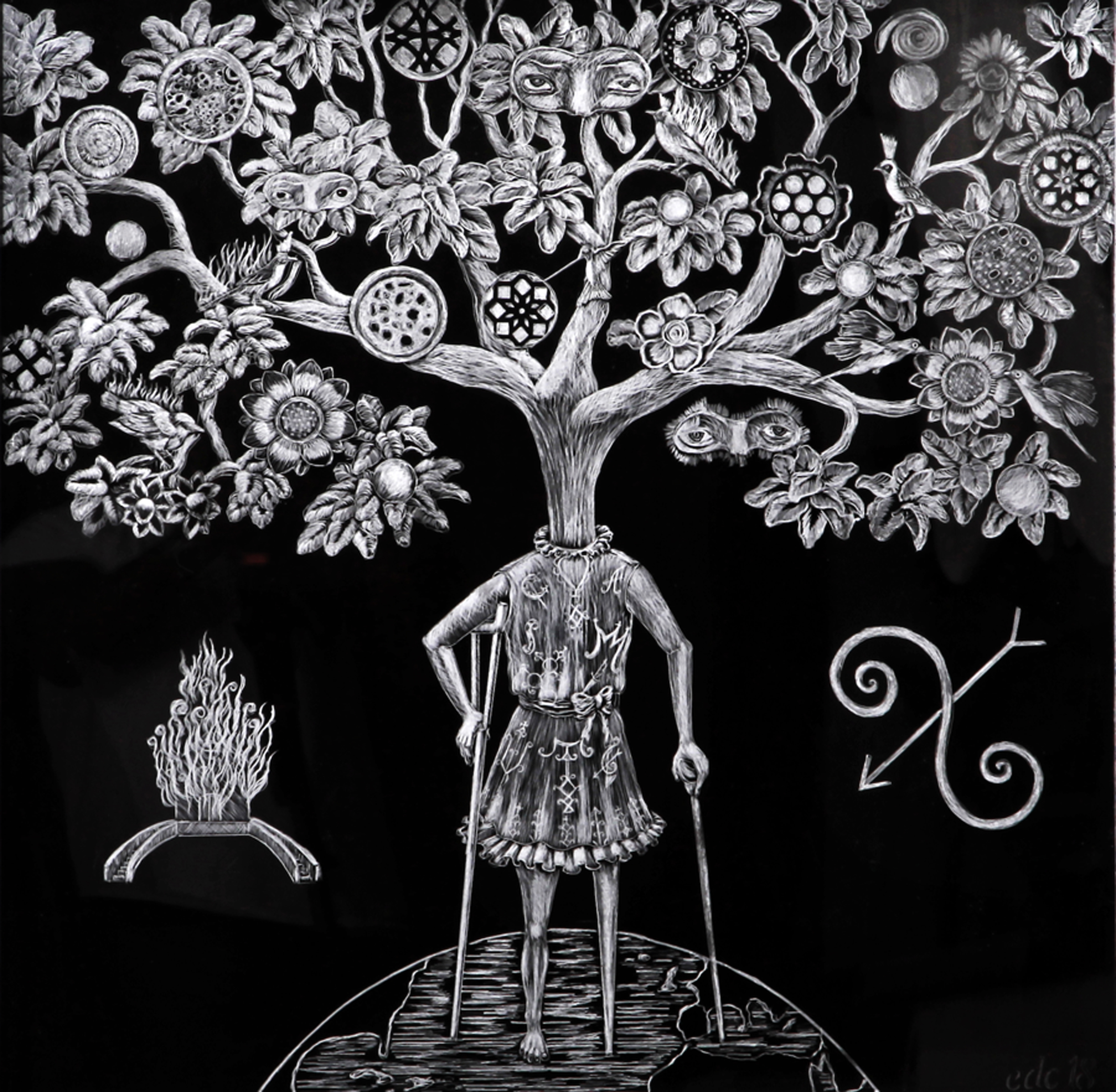 Engraving on plexiglass in artist frame 2018 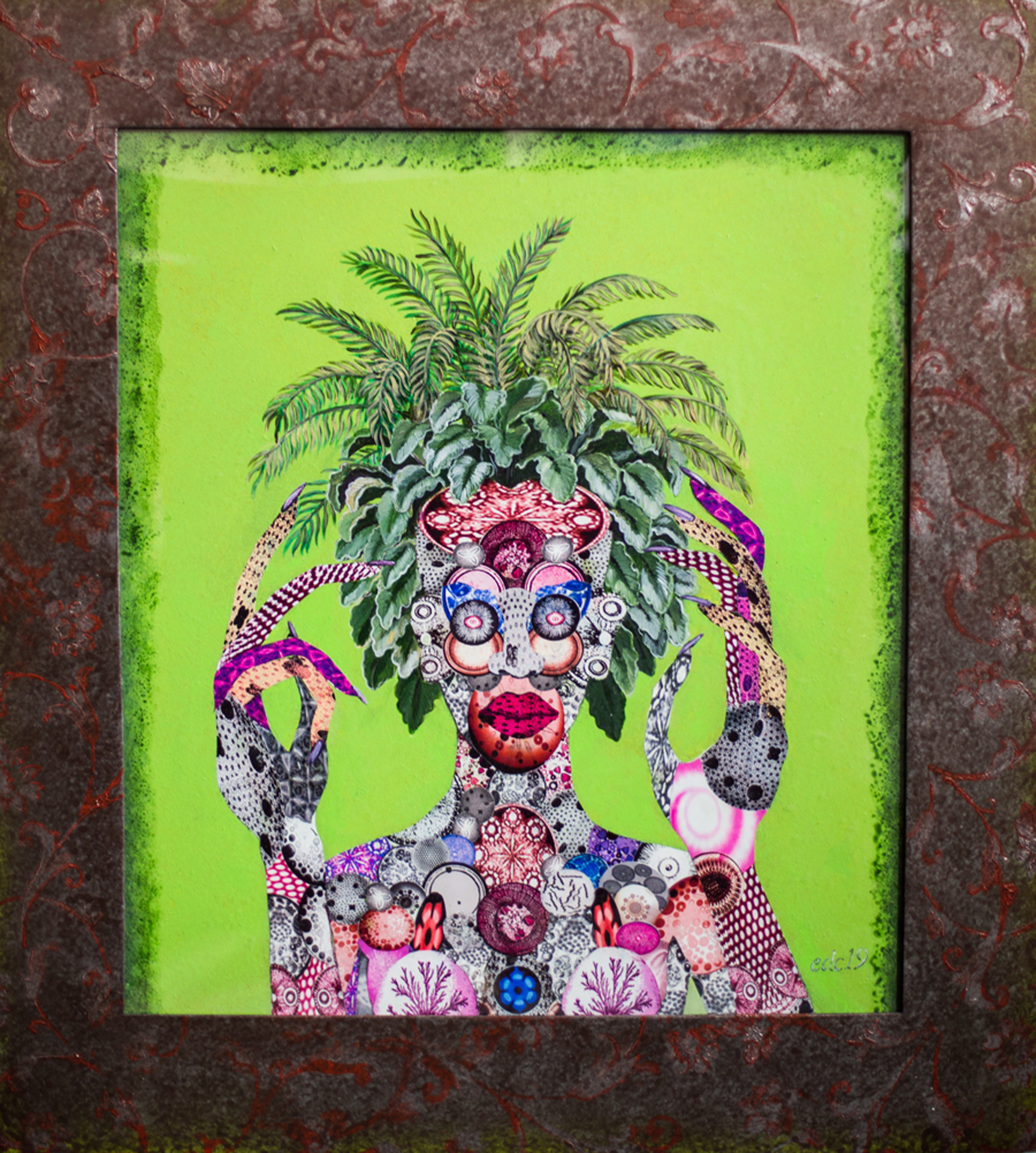