This exhibition is part the exhibition series Ordinary/Extraordinary: Assemblage in Three Acts. The series simultaneously presents three discrete shows focused on works by Jean-Michel Basquiat, Purvis Young, and a selection of 20th- and 21st-century Haitian Vodou flags. The use of found objects, such as discarded wood and textiles, formally links the exhibitions together. More importantly, historical and socio-economic narratives informed by the Afro-Caribbean Diaspora, the Black experience in America, as well as European artistic influences, unite the artists featured in the series. Although each is a stand-alone show, viewed together, the series explores provocative portrayals of race, identity, spirituality, survival, and hope in a range of assemblage objects and compositions. 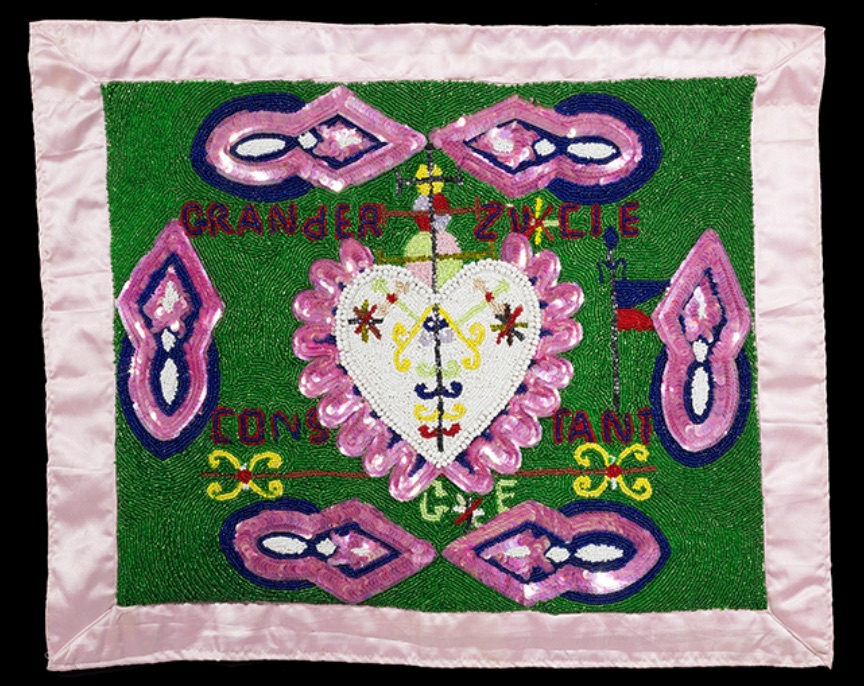 Myrlande Constant (Haitian, b. 1968) Sequins and beads on cloth 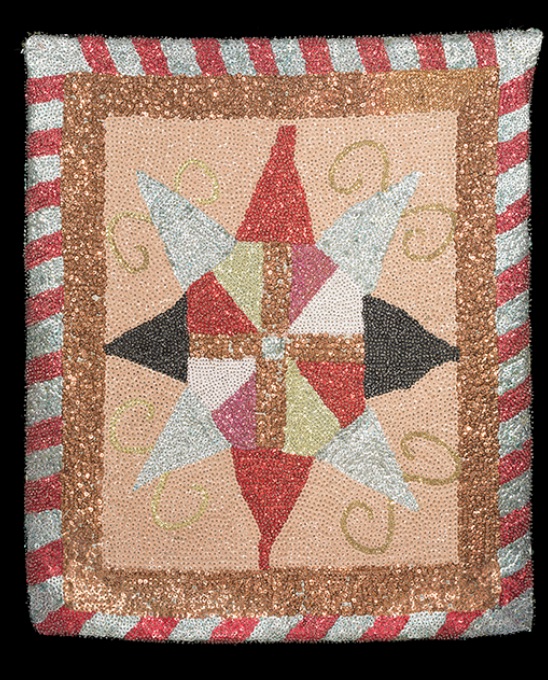 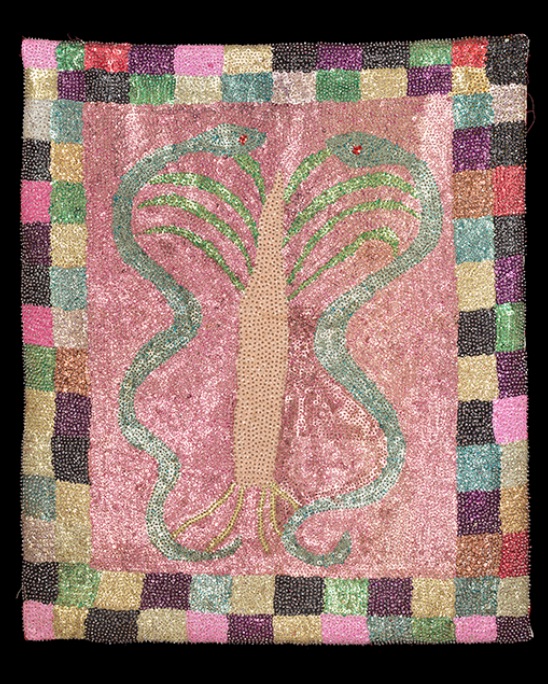 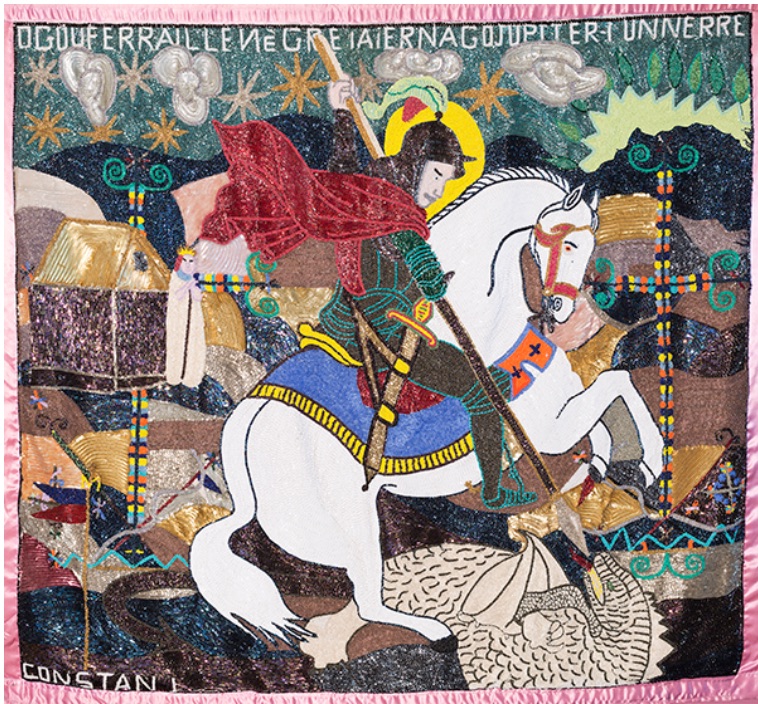 Myrlande Constant, (Haitian, b. 1968) Sequins and beads on cloth